For the last 6 months I’ve been consulting on a project to build a monitoring metrics storage service to store several hundred thousand metrics that are updated every ten seconds. We decided to build the service in a way that could be continuously deployed and use as many existing Open Source tools as possible.

There is a growing body of evidence to show that continuous deployment of applications lowers defect rates and improves software quality. However, the significant corpus of literature and talks on continuous delivery and deployment is primarily focused on applications - there is scant information available on applying these CD principals to the work that infrastructure engineers do every day.

Through the process of building a monitoring service with a continous deployment mindset, we’ve learnt quite a bit about how to structure infrastructure services so they can be delivered and deployed continuously. In this article we’ll look at some of the principals you can apply to your infrastructure to start delivering it continuously.

How to CD your infrastructure successfully

There are two key principals for doing CD with infrastructure services successfully:

There is a testing step between almost all of these steps. Automated verification of the changes about to be deployed and the state of the running service after the deployment is crucial to doing CD effectively. Without it, CD is just a framework for continuously shooting yourself in the foot faster and not learning to stop. You will fail if you don’t build feedback into every step of your CD pipeline.

Defining the service for quality feedback

Getting iteration times down is the most important goal for achieving fast feedback. From pushing a change to version control to having the change live should take less than 5 minutes (excluding cases where you’ve gotta build compute resources). Track execution time on individual stages in your pipeline with time(1), logged out to your CI job’s output. Analyse this data to determine the min, max, median and 95e execution time for each stage. Identify what steps are taking the longest and optimise them.

This is especially important when you’re interacting with an IaaS API to inventory compute or storage resources at the beginning of a build. Before you can act on any compute resources to install packages or change configuration files you need to ensure those compute resources exist, either by building up an inventory of them or creating them and adding them to said inventory.

Every time your CD runs it has to talk to your IaaS provider to do these three steps:

Each of these steps requires sending and recieving often non-trivial amounts of data that will be affected by network and processing latency.

By moving your CI close to the IaaS API, you get a significant boost in run time performance. By doing this on the monitoring metrics storage project we reduced the CD pipeline build time from 20 minutes to 5 minutes.

This results in several problems:

There’s no point in lying: pushing all changes through CI is hard but worth it. It requires thinking about changes differently and embracing a different way of working.

The biggest initial pushback you’ll probably get is having to context switch between your terminal where you’re making changes and the web browser where you’re tracking the CI system output. This context switch sounds trivial but I dare you to try it for a few hours and not feel like you’re working more slowly.

Netflix Skunkworks’ jenkins-cli is an absolutely godsend here - it allows you to start, stop, and tail jobs from your command line. Your workflow for making changes now looks something like this:

The tail is the real killer feature here - you get the console output from Jenkins on your command line without the need to switch away to your browser.

Change one, test one is a really important way of thinking about how to apply changes so they are more verifiable. When starting out CD the easiest path is to make all your changes and then test them straight away, e.g.

What happens when your changes cause multiple tests to fail? You’re faced with having to debug multiple moving parts without solid information on what is contributing to the failure.

There’s a very simple solution to this problem - and test immediately after you make changes:

When you make changes to the app that fail the tests, you’ll get fast feedback and automatically abort all the other changes until you debug and fix the problem in the app layer.

If you were applying changes by hand you would likely be doing something like this anyway, so encode that good practice into your CD pipeline.

Tests must finish quickly. If you’ve worked on a code base with good test coverage you’ll know that slow tests are a huge productivity killer. Exactly the same here - the tests should be a help not a hinderance. Aim to keep each test executing in under 10 seconds, preferably under 5 seconds.

This means you must make compromises in what you test. Test for really obvious things like “Is the service running?”, “Can I do a simple query?”, “Are there any obviously bad log messages?”. You’ll likely see the crossover here with “traditional” monitoring checks. You know, those ones railed against as being bad practice because they don’t sufficiently exercise the entire stack.

In this case, they are a pretty good indication your change has broken something. Aim for “good enough” fast coverage in your CD pipeline which complements your longer running monitoring checks to verify things like end-to-end behaviour.

Serverspec is your friend for quickly writing tests for your infrastructure.

Make the feedback visual. The raw data is cool, but graphs are better. If you’re doing a simple threshold check and you’re using something like Librato or Datadog, link to a dashboard.

If you want to take your visualisation to the next level, use gnuplot’s dumb terminal output to graph metrics on the command line:

CD of infrastructure services is possible provided you stick to the two guiding principals:

Focus on constantly identifying and eliminating bottlenecks in your CD pipeline to get your iteration time down. 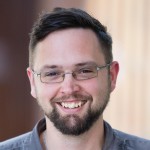